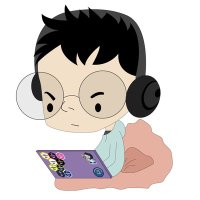 So, some of y'all might have seen me replying to this thread in Mandarin a few days ago. This was an accusation of some pretty serious stuff. It's been a few days now and I think it's worth giving a run down on it. 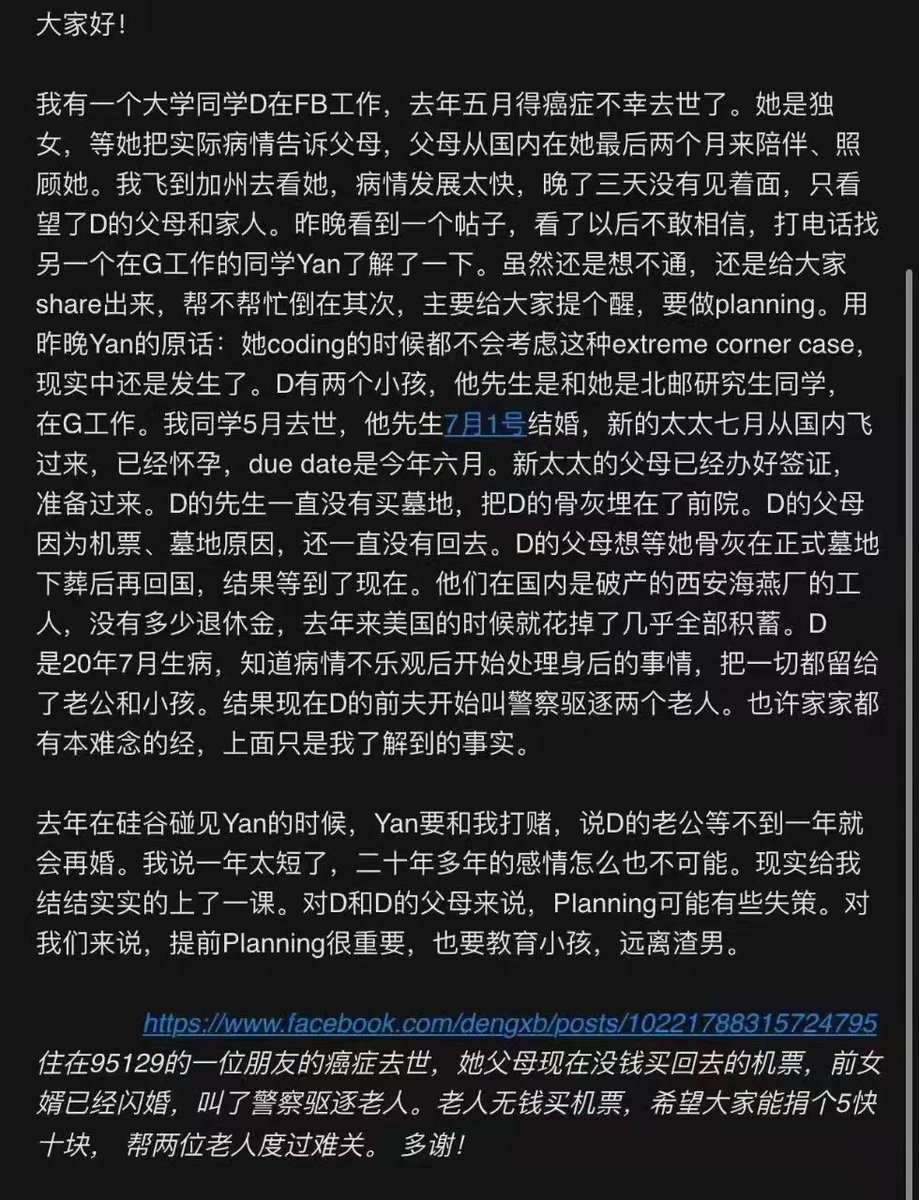 *Disclaimer: I'll be mentioning company name and gender but it's mainly for identification, not to characterize the company / gender group.*

The backstory starts where there's a married couple of over 20 years, a GOOG Senior TPM husband and a FB TPM wife with 2 kids.

The husband has been in the industry for decades while the wife, after many years of being a stay-at-home mom, decided to join the industry some time in 2019. Unfortunately, she was diagnosed with cancer in 2020 and eventually passed away in 2021.

Before she passed away, she had set up a trust fund for her assets and potential insurance payout with her husband and mainly her 2 kids as the beneficiary. Her parents also apparently spent (all?) their own money to come over from China to help take care of her during 2020.

Here's where the controversy begins, after she passed away, (with his own words) "on June 13th the moment when I received her death certificate, I bring with me the uncertainty of future, decided to start making new friends online (could also mean online dating apps)".

"on June 21st, I'm very lucky to have met my current (new) wife, where we got married online 9 days later."

Quick recap, this person went online dating immediately and remarried to a new wife within 17 days of his wife's death.

Now, that wasn't the end of it. Remember the parents who came over from China to take care of her? Well, they're still stuck here in the US in 2022 while just recently received an eviction notice by their "son-in-law". T

The dad created a (now deleted) note to share that they are looking for donation help to purchase a return ticket back to China. While the note is deleted, the post sharing it is still up and you can see some of the comments on there.

Now, you need to understand that this isn't a poor family needing help. The husband (rumored) to have multiple properties in Bay Area, TX, and SEA. Even the life insurance payout from Meta alone is in the millions. I'm sure he can find 20k to buy them 2 air tickets back to China.

Oh you thought that was it? Remember the deceased wife? Her remains were buried at the front porch by the driveway of their house (allegedly this is illegal but IANAL). So yes, her remains at the front porch, while the husband happily remarried half a month after.

Btw, in the husband's response above, his reference of treating his parents-in-law well is buying them "organic eggs, organic milk", "a new iPad through a friend at Apple" (employee discount), "some vitamins on Black Friday". Dude makes 300k+ a year and pretends that this bougie.

One more thing, right as she passed away, a fundraiser was created for the parents. The funds was then transfered to a trusted third-party for safe keeping for their parents away from the husband. This was how the husband's name was first discovered.

Anyway, there's more new and wilder rumours but I didn't dig through them so I'd avoid spreading them.

I'm not here to discuss its legality but even from just what the husband has shared, the morality of these actions are at best questionable.

I see a lot discussions hinges on the legality of such actions. Maybe I'm wrong but I believe there's more to being moral than just being legally compliant.

Btw these are all based on publicly accessible information. If there's anything I'm wrong about, I welcome corrections.

Here's an update where it says that the parents has since been moved to an Airbnb. Again, I do not have the capacity to verify this information so take it however you will. I won't pretend that this is the absolute truth.